Guitar duos are often faced with the prospect of building a programme from miniatures: there's a great deal of attractive original music and numerous arrangements, but the proportion of substantial works in either category is small. Here is a faithful and complete arrangement of one of Bach's keyboard masterpieces: the first of his six Partitas, engraved by Bach himself and published as the first part of his Clavierübung in 1726.

Originally in the key of B-flat, the transposition to D adapts the music to the range of the guitar with surprisingly little need for radical alteration. The most significant problem for the arranger lies in the concluding Gigue, where a note has been substituted for a rest on the first beat of each triplet in the first guitar's figuration - ambitious duos might like to try playing the movement this way. 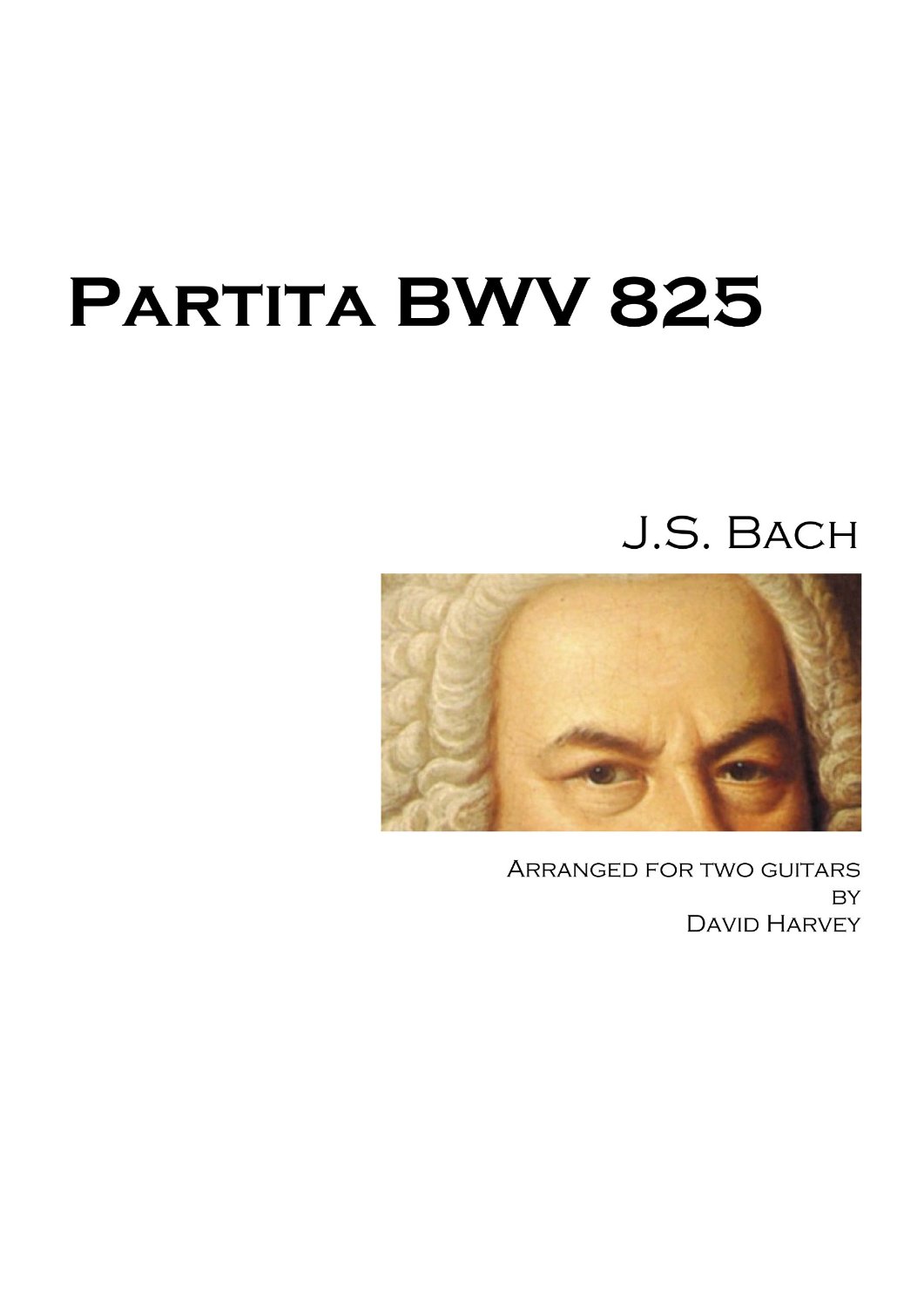 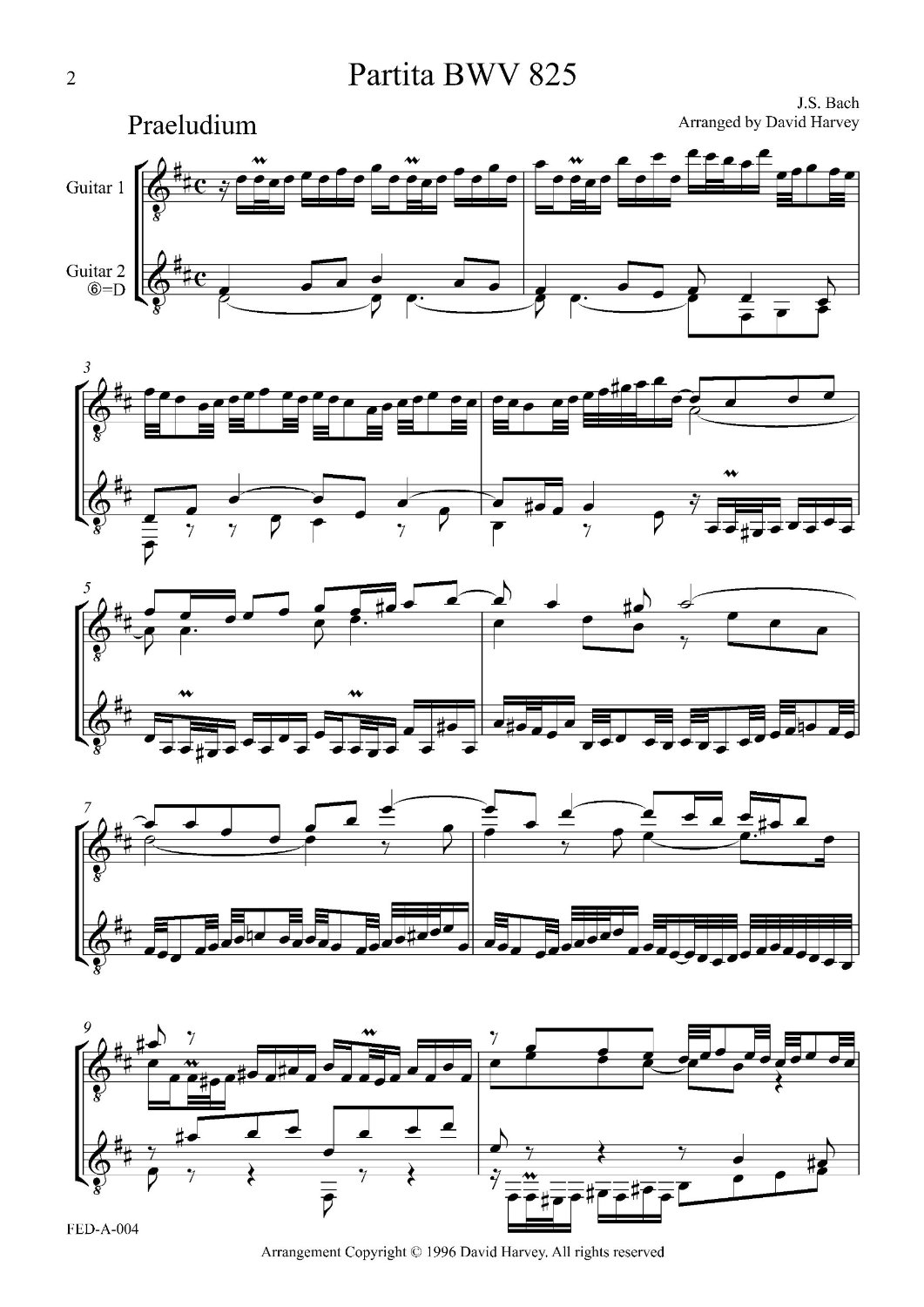