Beyond also being a guitarist, and the composer of a Rondo-Rumba for three guitars (published in 1978 by Thames Music) I know nothing of the dates, life or other works of Guss Lawson. I acquired a photocopy of the present score in the early 1980s from the Oxford-based guitarist Gerald Garcia, who had featured it in his duo recitals with flautist Clive Conway. I've subsequently played it many times with different players: it's always been popular with audiences, and I hope this new engraved edition will give it a new lease of life.

The musical joke being perpetrated is, of course, at the expense of both the prolific early-19th-century Italian guitarist Ferdinando Carulli (though please let us here remember him by his full and elaborate complement of cognomens: Ferdinando Maria Meinrado Francesco Pascale Rosario Carulli) and the great Brazilian composer Heitor Villa-Lobos. What's remarkable about the piece, however, is the way the obvious joke is completely transcended in a homage that, admittedly, is rather more Rio than Napoli, but that treats its material with such affection and charm.

My efforts to contact Guss Lawson's estate or original publishers having so far come to nothing, I am donating 50% of any profits from the sale of Carullianas Brasileiras to Help Musicians (UK registered charity No. 228089). If any performer or auditor of this lovely work has any information that would help me track them down, I'd be delighted to hear from them. 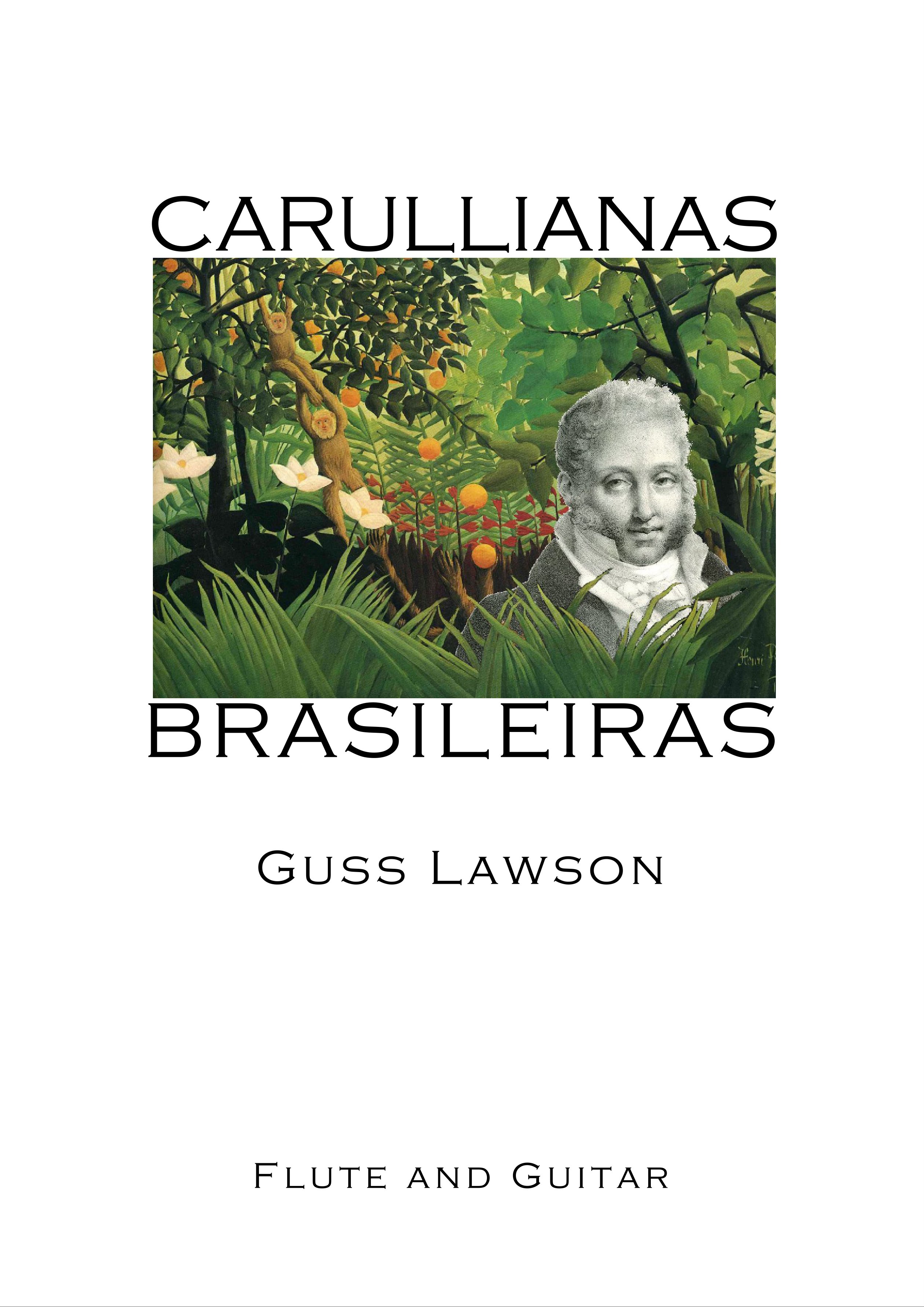 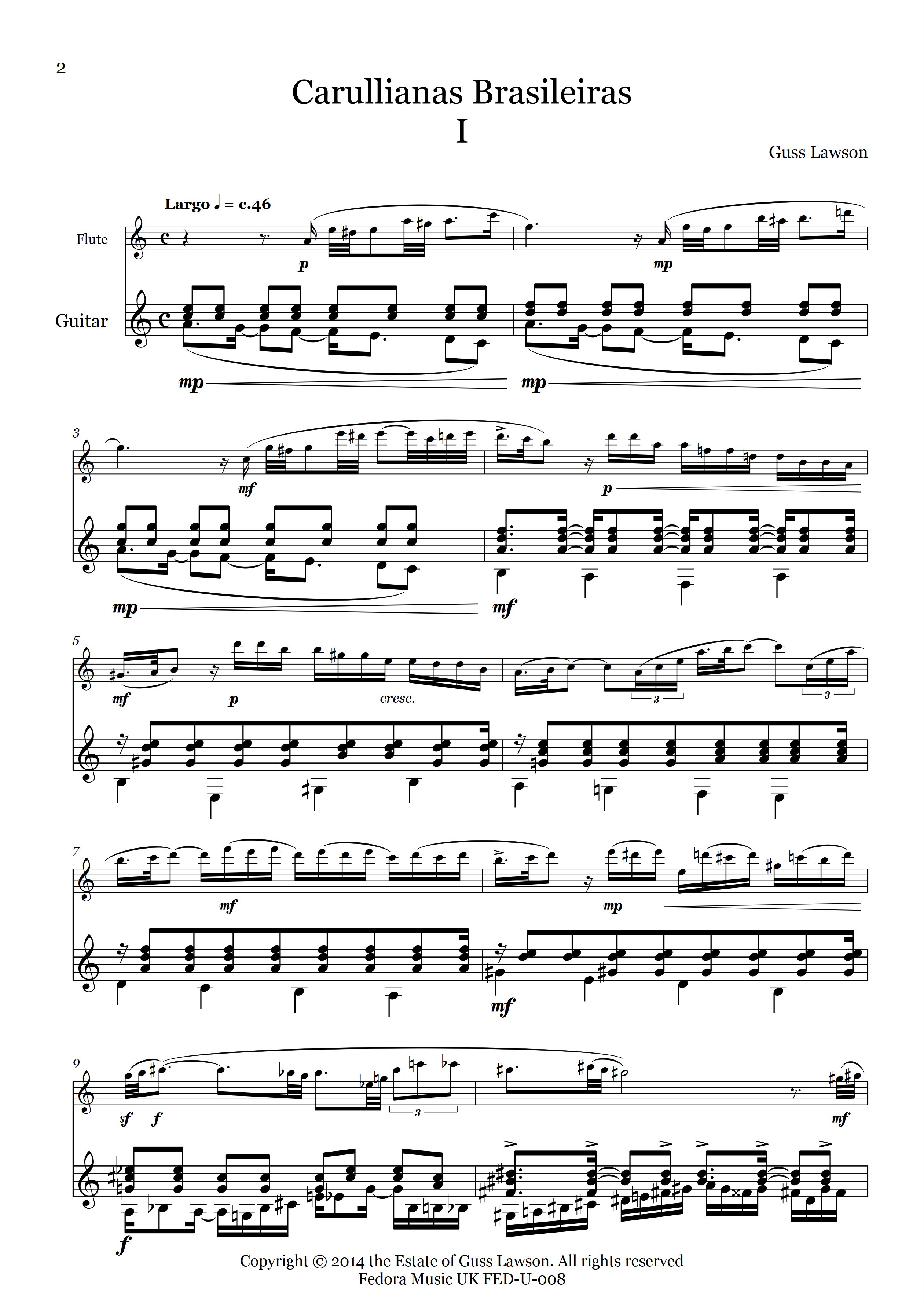