Antonio José completed the composition of his fine Sonata para guitarra on 23 August 1933. By this time he had achieved a measure of fame as a composer in Spain and beyond, but had returned after study in Madrid and Paris, and a period teaching in a Jesuit college in Malaga, to his native Burgos: there in August 1936 he was taken by a Falangist militia, imprisoned and in October executed by firing squad. Since its rediscovery in the 1980s, this challenging work has established its position as a key work in the repertoire.

This is a handsomely-engraved new edition based on a close reading of the composer's clean manuscript score. A detailed comparison of the sources and description of the editorial choices can be read here: Antonio José’s Sonata for Guitar — notes on an edition 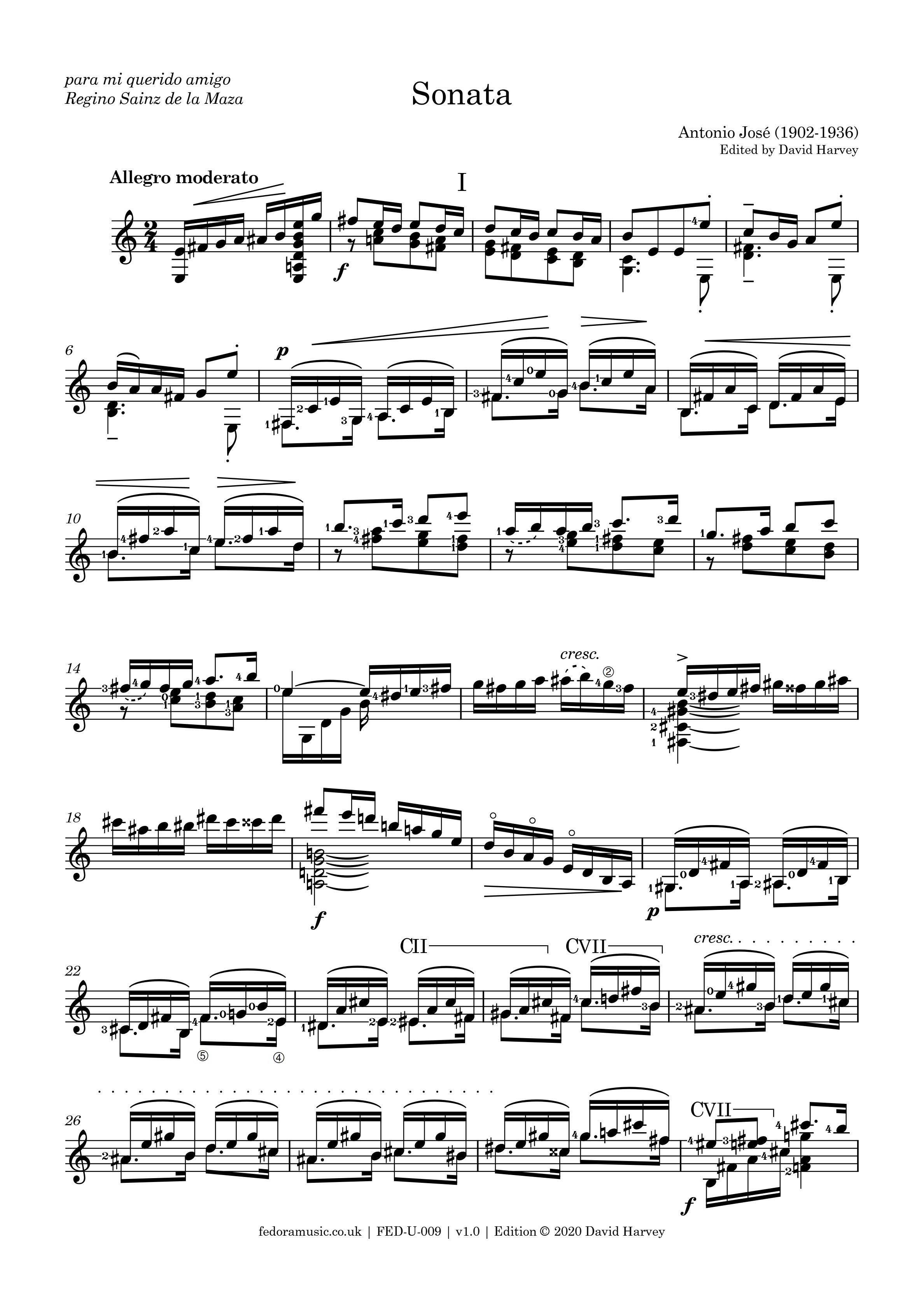